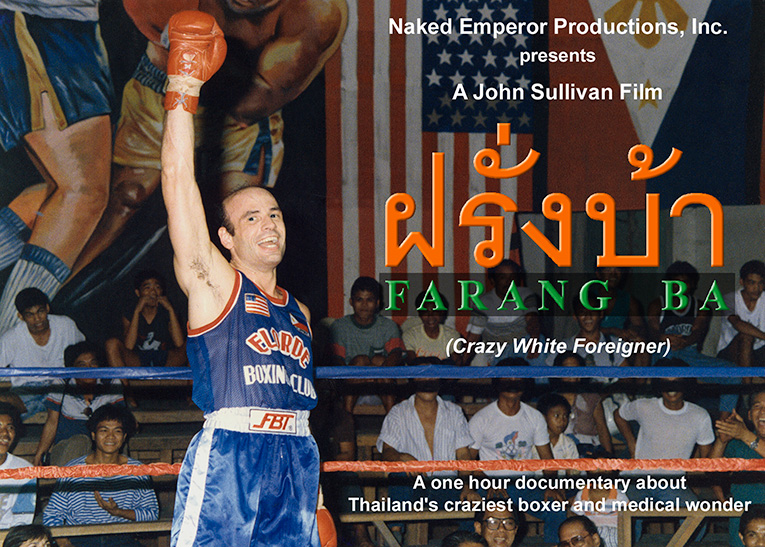 “Before you see “Farang Ba,” you may ask yourself, “Why should I watch a documentary about a middle-aged lawyer who goes to Thailand to step in the ring against much younger amateur boxers?” But immediately afterward, you’ll have as much genuine respect for Craig Wilson as his opponents do. And years afterward, you’ll still be remembering this boxer, this film by John Sullivan, and this unexpectedly, unforgettably inspirational story.”

Craig Wilson is a forty-five year old corporate attorney in Bangkok, Thailand. He attended Yale University and Harvard Law School. Craig also happens to be an amateur boxer who routinely fights opponents half his age. Affectionately dubbed “farang ba”, he does this despite having had his entire colon removed, having to wear an ileostomy bag, and having defeated cancer.